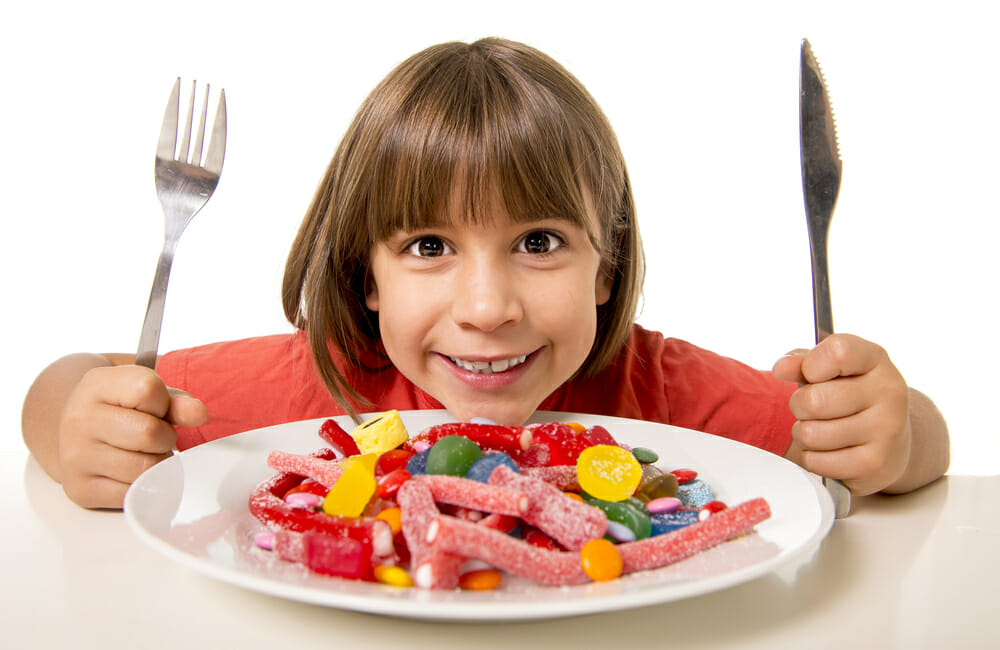 Excessive intake of sugar stimulates the body’s endogenous synthesis of fatty acids, which can be detected in the plasma fatty acid composition.

Eating lots of sugary candy may strain the liver, alter the body’s fatty acid metabolism and increase the risk of cardiometabolic diseases already in childhood. Children’s blood fatty acid composition reflects their diet — but luckily this composition can be influenced by lifestyle interventions, say researchers from the University of Eastern Finland.

Family-based lifestyle interventions can have an impact on children’s blood fatty acid composition, according to a new study from the University of Eastern Finland. The plasma fatty acid composition reflects not only the quality of dietary fat, but also the quality of dietary carbohydrate in children’s diets. For example, the relative proportion of oleic acid was higher in children who consumed a lot of sugar, and lower in children who consumed plenty of whole grain products. The findings are in line with the known phenomenon in human body.

The study was conducted at the University of Eastern Finland as part of the Physical Activity and Nutrition in Children (PANIC) study involving 512 children, 6-8 years old, who started in their first year of school in 2007-2009 in eastern Finland, and their families. The children and their families received nutrition and exercise counselling over a period of two years.. The PANIC study is an ongoing exercise and diet intervention study extensively focusing on the lifestyle habits, health and well-being of children. The consumption of foods was assessed by 4-day food records and the fatty acid composition in plasma was assessed by gas chromatography from a fasting blood sample.

The findings were presented by Taisa Ven?l?inen, MHSc, in her doctoral dissertation entitled Plasma Fatty Acid Composition, Dietary Components and Cardiometabolic Risk Factors In Children — Cross-Sectional Associations And Effect of a Lifestyle Intervention, available for download at http://epublications.uef.fi/pub/urn_isbn_978-952-61-2454-4/