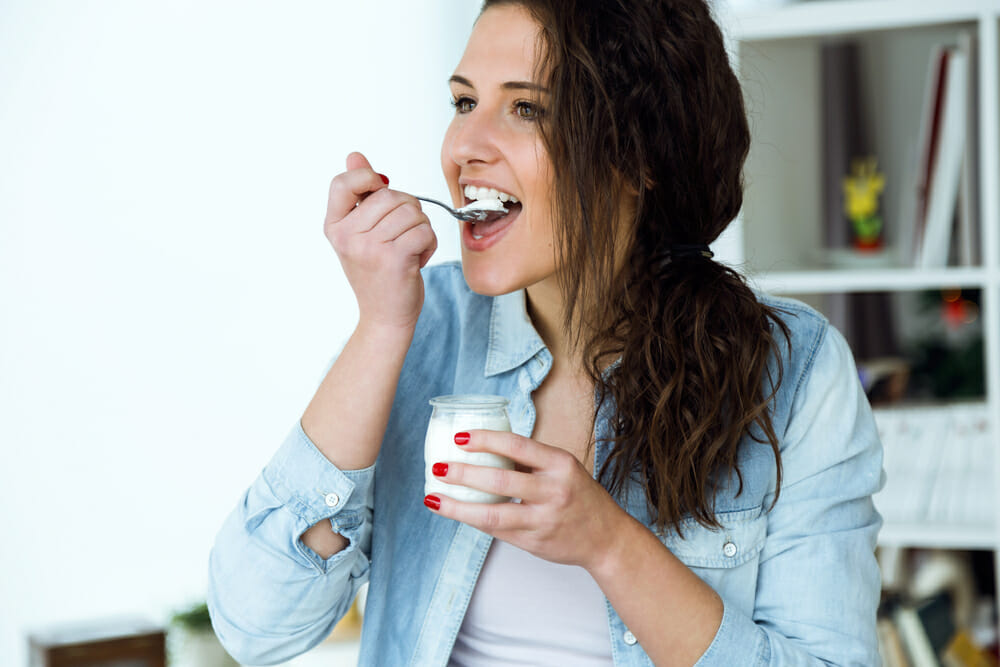 Eating yogurt is a simple way to add calcium and protein to your day. It’s also a great grab-and-go snack for when you need a quick pick-me-up. While the dietary benefits are plentiful, yogurt is one of the most commonly used probiotics, and may also boost your overall health.

The study included 17 healthy subjects and 14 celiac patients aged 18?60 who consumed 100 g of the yogurt daily for 30 days. Each 100-g yogurt package advertised a probiotic content of Lactobacillus acidophlius ‘ and Bifidobacterium lactis, and researchers found an average bifidobacteria concentration of 6.67×108CFU/g per yogurt in the samples provided to study participants. Researchers used Gram’s method for the microscopic analysis of fecal bacteria colonies, as well as determination of the fructose-6-phosphate phosphoketolase enzyme to identify Bifidobacterium genus. They also measured fecal pH through a calibrated pHmeter.

The probiotic supplementation significantly increased the number of bifidobacteria in the feces of celiac patients, although it was not sufficient to reach the concentration found in healthy individuals prior to its consumption, according to the conclusions of the researchers.