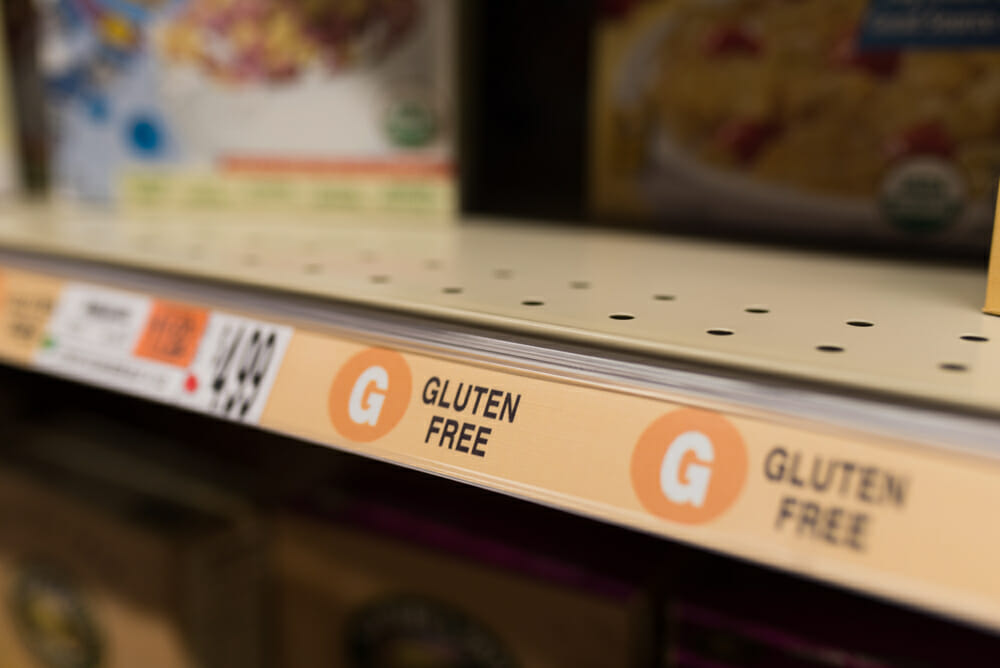 If you or someone you know is gluten-sensitive or has celiac disease, the FDA setting a standard on what qualifies as gluten-free is reason for rejoicing. The ability to purchase food that can be counted on to be gluten-free is of the utmost importance for people with celiac disease, and the new standard is a big step toward providing them that assurance.

In a statement following the release of the standard, FDA commissioner Margaret A. Hamburg, MD, said, “Adherence to a gluten-free diet is the key to treating celiac disease, which can be very disruptive to everyday life.” The FDA’s new “gluten-free” definition will help people with this condition make food choices with confidence and allow them to better manage their health.

This celebration has been a long time coming. In 2004, the Food Allergen Labeling and Consumer Protection Act (FALCPA) became law, requiring food packaging to list the top eight ingredients that cause allergic reaction: milk, egg, peanuts, tree nuts, fish, shellfish, soy, and wheat. It also required the FDA to issue standards for what exactly ?gluten-free? means. And it did so nine years later.

Gluten and celiac: the importance of the standard

As our regular readers will know, gluten is a naturally occurring protein found in wheat, rye, and barley. For reasons that aren’t fully understood, more and more people are becoming allergic or sensitive to it. Current estimates are that three million Americans (or about one percent of the population) has celiac disease, though only about one in six have actually been diagnosed.

When someone with celiac eats gluten, an immune response is triggered in the small intestine. If repeated, this will produce inflammation damaging the lining of the small intestine and leading to malabsorption of nutrients and on top of that, being “glutened” makes celiac sufferers feel terrible.

The FDA set the gluten-free benchmark at 20 parts per million (ppm) or less of gluten. There are a few practical reasons for this: Studies suggest that most people with celiac can tolerate an exposure at that level without ill effects. Secondly, current scientific methods cannot test for levels lower than that. That’s also the level Canada and the European Union set, so there was already international precedent.

Besides the limit of gluten to 20 ppm, the rule permits labeling a food “gluten-free, if the food does not contain:

What to look for

There’s no official symbol the FDA is rolling out for gluten-free, so the ruling applies to anything labeled as “gluten-free,” “no gluten,” “free of gluten,” and “without gluten.” Though most manufacturers of gluten-free food will already meet this standard, those who don’t will have one year to comply. The ruling also applies to imported foods.

If a company should market a product as gluten-free though it contains over 20 ppm gluten, the FDA can seize products or require companies to do a recall. This is unlikely however, as industry generally favors the rule.

It’s worth noting that the FDA standard only applies to things under the FDA’s purview: so it does not apply to alcohol (which is regulated by the Alcohol and Tobacco Tax and Trade Bureau) or meat, poultry, or egg products, which are regulated by the USDA.