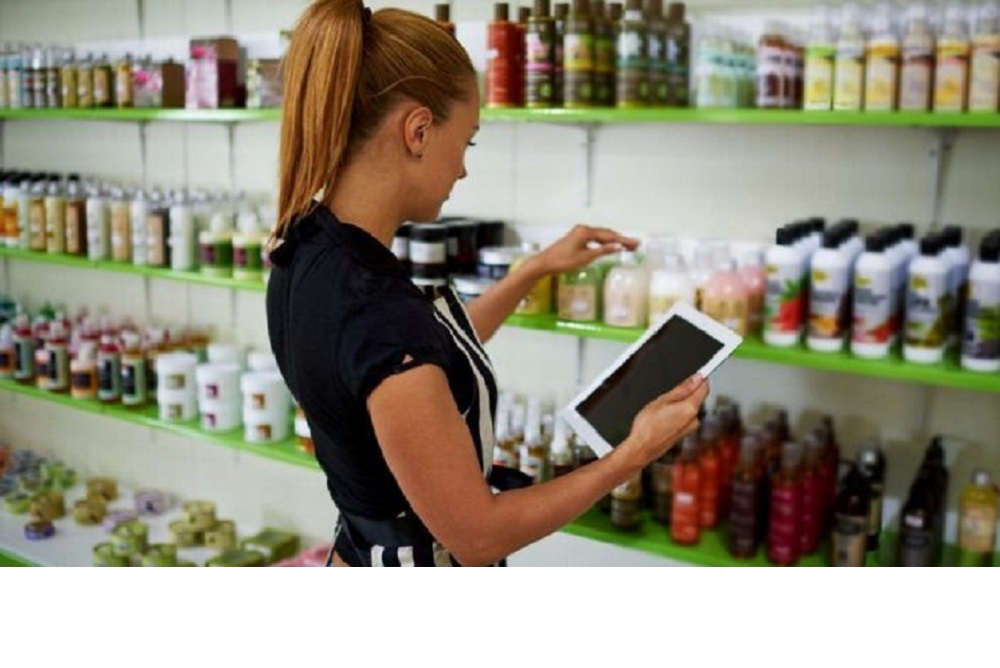 Stomach pains, digestive problems, and headaches are just a few symptoms of what most people would characterize as gluten intolerance. But, did you know that your skin, or even your hair, could be trying to tell you something about a possible food allergy, as well?

You got it—shampoo, hairspray, mousse, eye shadow, mascara, and blush all could contain some form of gluten, sneakily disguising its wheat, rye, barley, or oatmeal derivative as an intricately named ingredient.

Following a gluten-free diet, either by choice or out of necessity, is not unusual—especially to those who are conscientious about what they eat. In fact, the gluten-free trend is on the rise; Time magazine reports that the wheat-free lifestyle continues to grow with unstoppable momentum, totaling 2.6 billion adherants in 2011. However, following a gluten-free lifestyle outside of diet alone is something that many people don’t often consider. But times are definitely changing.

The gluten-free lifestyle is now working its way into the beauty realm. And if you think about it, why shouldn’t it? A gluten sensitivity boils down to a negative reaction to consuming or absorbing gluten, resulting in an array of unpleasant symptoms like abdominal pain, bloating, fatigue, foulsmelling stools, unexplained weight loss or gain, skin rashes, dandruff, and the list goes on. Anything that you smear on your skin or hair, one would think, could also cause similar effects.

Although there is limited research on whether gluten is actually absorbable though the skin, it is possible to ingest those substances from hands that have touched gluten-containing food or products, or even lip gloss, for example.

Whatever the case, many find that upon eliminating certain gluten-containing cosmetics from their beauty regimen, their health is magically restored.

A recent study published by the American College of Gastroenterology details the lack of readily available information regarding cosmetic ingredients on the beauty circuit today.

The study, called “Information About Cosmetic Ingredients is Difficult to Obtain: A Potential Hazard for Celiac Patients,” directs its investigation at the top ten cosmetic companies in the United States, exposing what seems to be a lack of transparency in their list of product ingredients (when gluten is detected to be a possible inclusion). It also spotlights the fact that none of these companies offered gluten-free alternatives.

After looking on each company’s website for their respective product ingredients, the research team from George Washington University found only two companies that detailed their ingredient lists for consumers. Besides these two companies, no gluten was listed in the product makeup and no gluten-free products were offered as options. This means that countless other companies have not listed their products as containing gluten.

For patients with Celiac disease or gluten sensitivities, failing to bring all ingredients to the forefront can put them in harm’s way and, if ingested, can cause serious damage to their intestines.

The particular study was motivated by a case in which a 28-year-old woman with Celiac disease experienced obvious symptoms that included gastrointestinal complications, as well as a skin rash, after using a lotion marked “natural.”

Even though the study is in its preliminary stage, it still brings awareness to the FDA’s lack of regulation of cosmetic ingredients. While gluten-free food is an accessible option at the grocery store, the beauty industry’s gluten-free choices are still evolving.

While you might not have Celiac disease, there may be benefits to reap by avoiding gluten in your beauty routine. Be on the lookout for more research to emerge in this growing arena and, if you have unexplainable skin reactions, you may want to take a closer look at what makes up your makeup. An Ounce of Prevention is Worth a Pound of Cure

Watch out for these possible gluten-containing beauty ingredients.