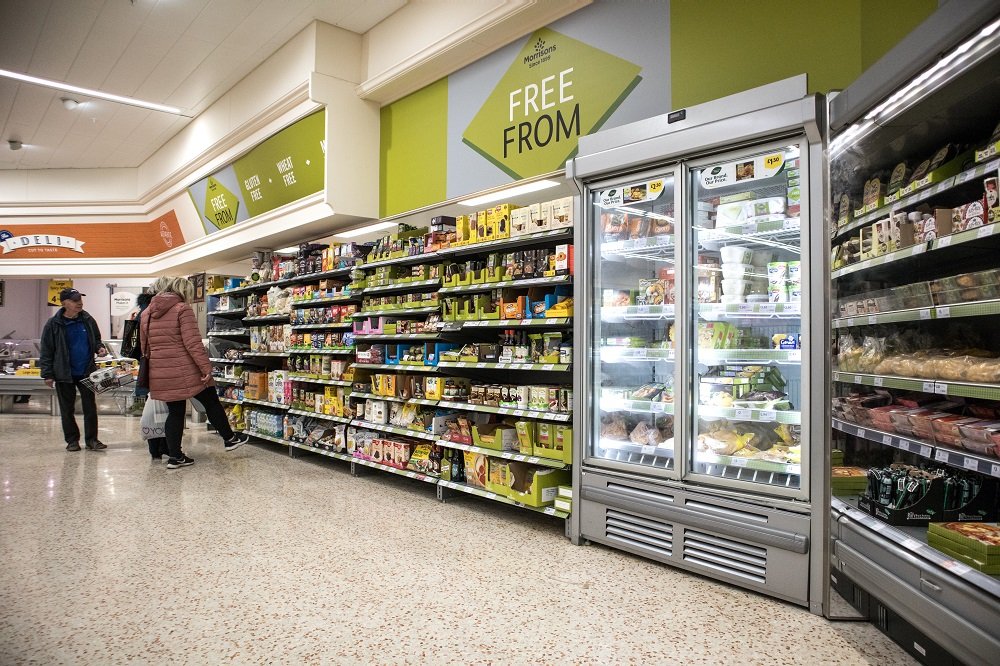 More than ever, people in the United States stumble through aisles at the grocery store, lined with gluten-free products. From cake mixes to pasta sauces, gluten seems to be the new buzzword. According to the Nielsen Company, sales of gluten-free products have been rising steadily. Is it really just a fad or is there more to the hype than the media is letting on?

Gluten is a protein found naturally in foods such as wheat, barley, and rye. The protein causes inflammation in the small intestine for people who are allergic to the protein. Many go untreated, assuming the symptoms are normal occurrences with food in their life. However, more people have begun to realize that they do not need to live with symptoms of gluten intolerance.

Celiac disease is a genetic disorder that makes the body intolerant to gluten. The lining of the intestines is damaged as the person ingests gluten. This means that the nutrients in the digested food will not be absorbed and will result in malnutrition. Celiac disease occurs in 1 out of 133 Americans. GI carcinoma and lymphoma is 15 percent more likely to develop in patients who have not been diagnosed with celiac disease, which shows the importance of early detection. Severe cases of celiac disease that hasn’t improved after gluten has been removed from the diet requires the help of medication to help suppress the immune system. A health care professional will help decide what treatment best suits the patient’s needs (1).

Living with undiagnosed celiac disease seems to be common, especially when the classic symptoms include diarrhea, weight loss, malnutrition, mild weakness, bloating, and aphthous stomatitis (canker sores). IBS (Irritable Bowel Syndrome) also has symptoms of gas and diarrhea, making the proper diagnosis difficult. Damage is done the longer the disease continues to go undiagnosed, especially to the villi (the finger-like projections that protrude from the lining of the intestinal wall), the lamina propria, and crypt regions.

Once diagnosed, people are told to immediately stop ingesting gluten. Chances of gastrointestinal (GI) cancer rise 40 to 100 times higher than normal if those with the disease ignore the warnings against eating gluten. Osteoporosis and infertility also increase with continual consumption.

Still, it’s often hard to believe that so many people have gluten sensitivities. Some people think being swept up in the commotion can lead to false symptoms and a false diagnosis. However, a study in Australia tested a group of people who were sensitive to gluten by giving them bread and muffins to eat every day. One group was told they were eating gluten-free muffins, but the products were actually laced with gluten. About 68 percent of the test subjects saw their old symptoms return compared to the 40 percent who ate products that were truly gluten-free.

Introducing such an extreme diet cold turkey is more than difficult. But when it comes to the health of your body, change is a must. While the transition is hard, there are still many natural products, along with the ever-growing gluten-free market, that will make the switch easier than one would think. Don’t be fooled; if you jump off your diet and eat gluten, you may not experience the signs of the sensitivity flaring up, but the intestines will still be damaged in the process!

The Mayo Clinic (2) tries to have patients focus on the foods patients can eat, not the ones they will be tossing in the trash from here on out. Here is a list of allowed foods:

On the flip side, the list of things to avoid is more extensive, although some products are okay if listed as gluten-free on the label.

Some medications and vitamins contain gluten as a binding agent. Check labels to make sure you are not ingesting gluten in this form.

Another thing to look out for is nutrition; gluten-free diets usually contain fewer vitamins and minerals (3). Wheat is high in fiber, iron, and vitamin B that are not found in gluten-free bread products. Talk with a dietitian to make sure these nutrients are still included in your diet:

Select studies have shown that there is nothing inherently healthier about a gluten-free diet, mostly because there is typically more sugar and fat in the gluten-free products to help simulate the texture and fluffiness that gluten creates. But if you notice any of the symptoms of celiac disease, it is best to get tested. If results show up negative, eliminate gluten from the diet for a week. If symptoms start to weaken or disappear, this may indicate gluten sensitivity.

(3) Nutritional quality and costs of gluten-free products: a case-control study of food products on the Norwegian marked