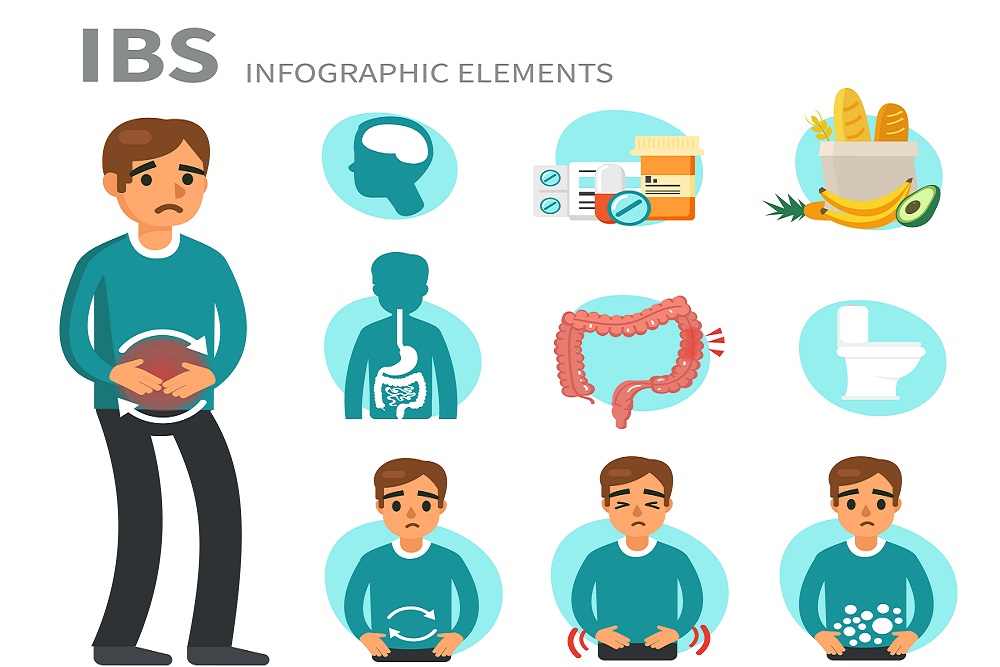 Irritable bowel syndrome (IBS) is a functional bowel disorder and one of the most commonly diagnosed gastrointestinal diseases. It is estimated to occur in 10%-20% of the western world’s population, according to the Rome Foundation.

Those who suffer from IBS face many recurrent symptoms. It has no biological markers available for its diagnosis and approximately 80% of IBS patients report that their symptoms are triggered after ingesting one or specific food groups. Clinical criteria known as Rome criteria are those used for the diagnosis of functional digestive disease, including IBS. Although they are criteria under construction and updated since its first edition in 1990, most gastroenterologists do not use them for daily clinical practice, and their use is often reserved for research projects.

A large number of patients who exhibit a mild form of IBS never seek medical services. This makes it difficult to study the true impact of the disease. The triggering factors of IBS symptoms may be present in different combinations for each patient. However, it is not clear how these factors act as triggers in the generation of symptoms associated with IBS.

A significant number of IBS patients report the onset of symptoms after ingesting one or specific food groups. The most frequent ones are those that include lactose, fructose in excess of glucose, fructan, galactooligosaccharides and polyols. In addition, it has recently been reported that a percentage of patients with a negative diagnosis for celiac disease reported that foods containing gluten triggered the symptoms of IBS. A subset of patients diagnosed with IBS report worsening symptoms when they eat foods that contain gluten and improve with the withdrawal of these foods from the diet.

Learn tips and strategies to feel better, look younger and transform your health!

These patients are often referred to of as having non-celiac gluten sensitivity (NCGS), which is related to the sensitivity of wheat and the gluten. The patients are very similar to that of patients with IBS. The overlap of IBS with NCGS gave rise to a large number of pathophysiological theories that could influence the therapeutic management of patients with IBS who report food intolerance and the appearance of symptoms after eating foods containing gluten, improving with the withdrawal of these foods from the diet.

There has been an increase in scientific research on IBS disorders, such as the NCGS. There remains a gray are in the relationship between Celiac Disease, wheat allergy, IBS and NCGS that is not always clearly distinguishable, and the frequency and clinical identity of the NGCS are still unclear. For patients who suffer from IBS following an elimination diet can help identify foods that irritate your IBS and remove them from your diet.