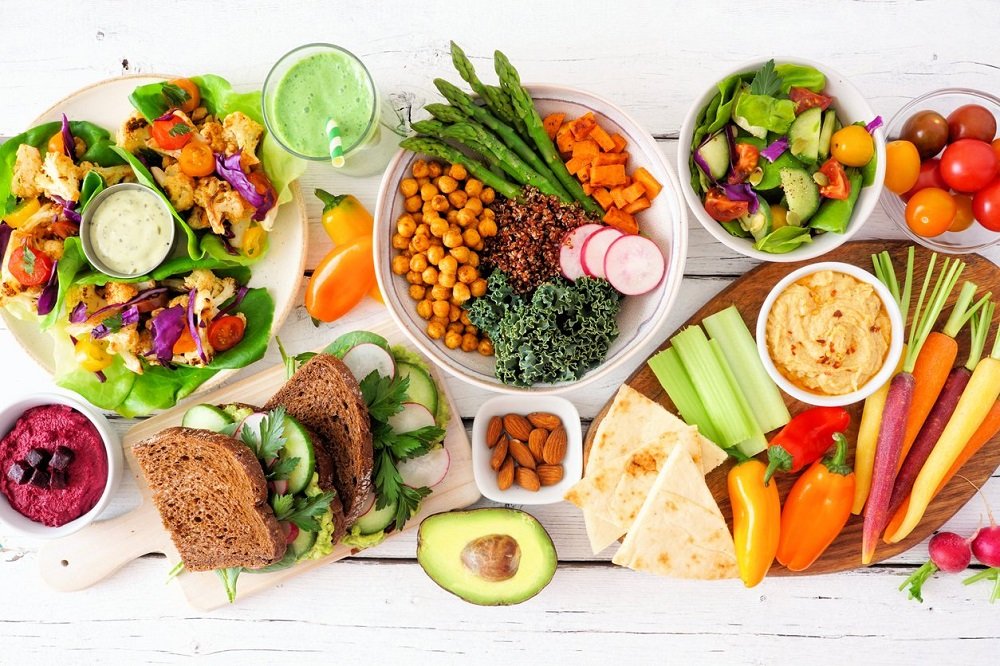 Plant-based dietary patterns are becoming more popular and are associated with health benefits. Vegetarian diets (meat-free dietary patterns) are associated with reduced risks of many health conditions. Vegetarians have lower incidence of type 2 diabetes, obesity, coronary heart diseases, and other noncommunicable diseases, and greater life expectancy. Have you considered adopting a plant based diet?

The consumption of refined carbohydrates, saturated fats, processed meats, and sugary drinks increases the risk of type-2 diabetes, especially when combined with low consumption of dietary fibers. On the other hand, a low-calorie plant-based diet has a protective effect. The prevalence of diabetes among vegetarians is 1.6 to 2 times lower than among omnivores. It has been verified that that a well-planned vegetarian diet is healthful and nutritionally adequate, being appropriate for human growth and development.

Plant-based diets in comparison to diets rich in animal products are more sustainable because they use many fewer natural resources and are less taxing on the environment. Ethical concerns are the main reason many people choose a vegan diet, building on the idea that animal slaughter for human consumption is morally inappropriate. Adherence to a vegetarian diet goes beyond food. Vegetarianism can be considered a social identity, as it reflects the motivations, feelings, and attitudes of those who choose to adopt it. The main motivations for choosing a vegetarian diet are related to ethical and health aspects. Animal welfare is the main motivator, followed by concerns with major environmental impacts caused by the production and consumption of food of animal origin.

At the current trends of food consumption and environmental changes, food security and food sustainability are on a collision course. Changing course (to avoid the collision) will require extreme downward shifts in meat and dairy consumption by large segments of the world’s population. For millennia, meatless diets have been advocated on the basis of values, and large segments of the world population have thrived on plant-based diets. “Going back” to plant-based diets worldwide seems to be a reasonable alternative for a sustainable future.

Health is a commonly cited motivation for following a vegetarian diet. This regard for health may translate to other behaviors, leading to systematic differences between vegetarians and nonvegetarians in many health-related facets. Vegetarians and health-conscious nonvegetarians have been found to have similar mortality rates in several studies, suggesting that the health benefits associated with vegetarianism may be heavily influenced by health consciousness rather than the exclusion of meat.

Vegetarian diets, including strict vegetarianism (veganism), are considered healthy and nutritionally adequate, and can supply people’s nutritional needs at all life stages, as long as such diets are well planned. Moreover, the benefits related to the prevention and better control of chronic diseases among vegetarians have already been described and could also lead to positive outcomes in their Quality of Life. The increased consumption of fruits and vegetables—rich in phytochemicals—may contribute to longevity through several mechanisms. The control of low-grade inflammation provided by antioxidant protection can prevent cell structure damage, slowing down the aging process. On the other hand, prioritizing the consumption of proteins from animal sources could have a negative impact on one’s life expectancy.

A major criticism of plant-based diets is the risk of nutrient deficiencies for specific micronutrients, especially vitamin B12, a mainly animal-derived nutrient, which is missing entirely in vegan diets unless supplemented or provided in B12-fortified products. In the EPIC-Oxford study about 50% of the vegan dieters showed serum levels indicating vitamin B12 deficiency. Along other risk factors such as age, diet, and plant-based diets in particular, seem to be the main risk factor for vitamin B12 and therefore supplementing vitamin B12 for these risk groups is highly recommended. Vitamin B12 is a crucial component involved in early brain development, in maintaining normal central nervous system function and suggested to be neuroprotective, particularly for memory performance.

Similar health dangers can stem from iron deficiency, another commonly assumed risk for plant-based dieters and other risk groups such as young women. Iron deficiency-related impairments could be attributed to anemia as an underlying cause, possibly leading to fatigue, or an undersupply of blood to the brain or alterations in neurobiological and neuronal systems provoking impaired cognitive functioning.