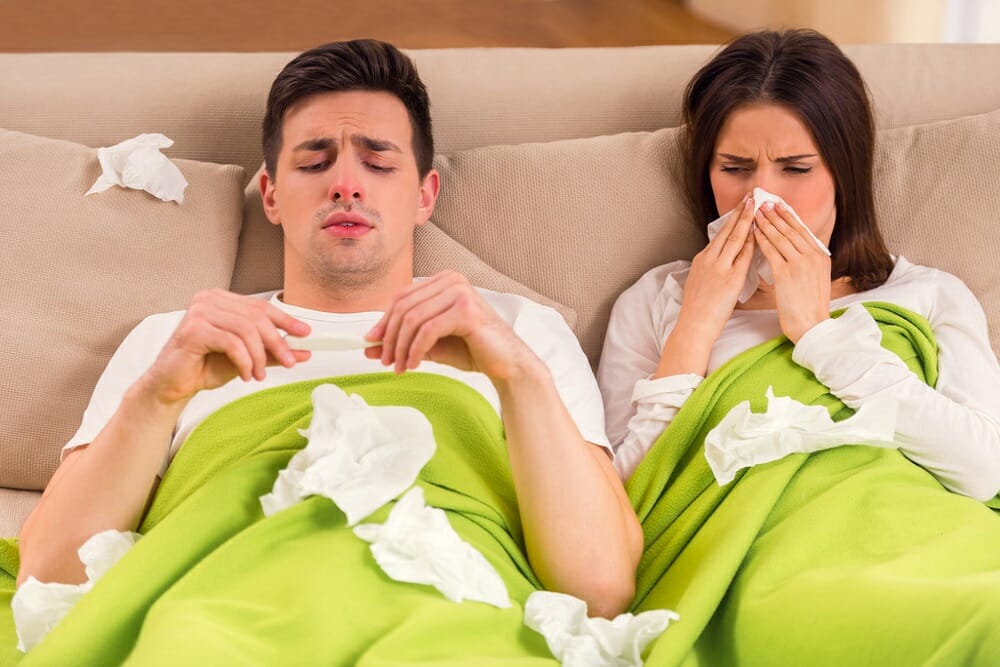 Have you ever noticed that when there’s a bug around your office, not everyone gets it?

Somebody is out for 10 days, someone else for a half day and some people don’t even get sidelined at all? Think about it. They’ve all been exposed to the same germ. So, why does this happen?

It probably happens for the exact same reason that some houses get knocked down in a hurricane and some remain still standing, Some houses are made of brick, steel and hurricane shutters while others are made of much flimsier materials. Which ones survive the storm and which ones don?t has everything to do with how well they were built. In the same way, if your immune system is well nourished and healthy, it will withstand challenges a lot better. Those of us lucky enough to not get sick stay healthy because our immune system is able to just bat the challenge aside, or at the very least, handle it and recover quickly. Remember, your health?isn?t measured by whether or not you get the cold or cough; it?s measured by how well your body handles it if you do get it, and by how quickly your body recovers.

I take a whole-body approach to building immunity, which means immune-boosting foods (such as garlic) and supplements (such as Sambucol) which can strengthen your immune system. At the first sign of a cold, I start adding these supplements and foods:

This combination of foods and supplements will go a long way toward keeping you healthy by boosting your immune system.

If you do get sick, make sure to get lots of sleep; try using a Neti pot to soothe your sinuses; gargle with hot water, sea salt, lemon juice and cayenne pepper; spread on a mentholated rub; and gobble down some homemade chicken soup. Every one of these is helpful and, done together, and with the right supplements, the effect is synergistic.

P.S. The folks at Sambucol sent me samples of their new Gummies, and asked for my opinion. They are great for kids because they contain no artificial flavors or colors. They are also gluten, nut, soy, dairy and egg free. Sambucol Gummies may help keep your kids well, so they can stay in school and you won?t have to miss work.

Jonny Bowden, PhD, CNS, also known as “The Nutrition Myth Buster”  is a nationally known board-certified nutritionist and expert on diet and weight loss. He has appeared on the Dr. Oz Show, Fox News, CNN, MSNBC, ABC, NBC, and CBS as an expert on nutrition and has contributed to articles in The New York Times, Forbes, The Daily Beast, The Huffington Post, Vanity Fair Online, Men?s Health, Prevention, and dozens of other print and online publications.