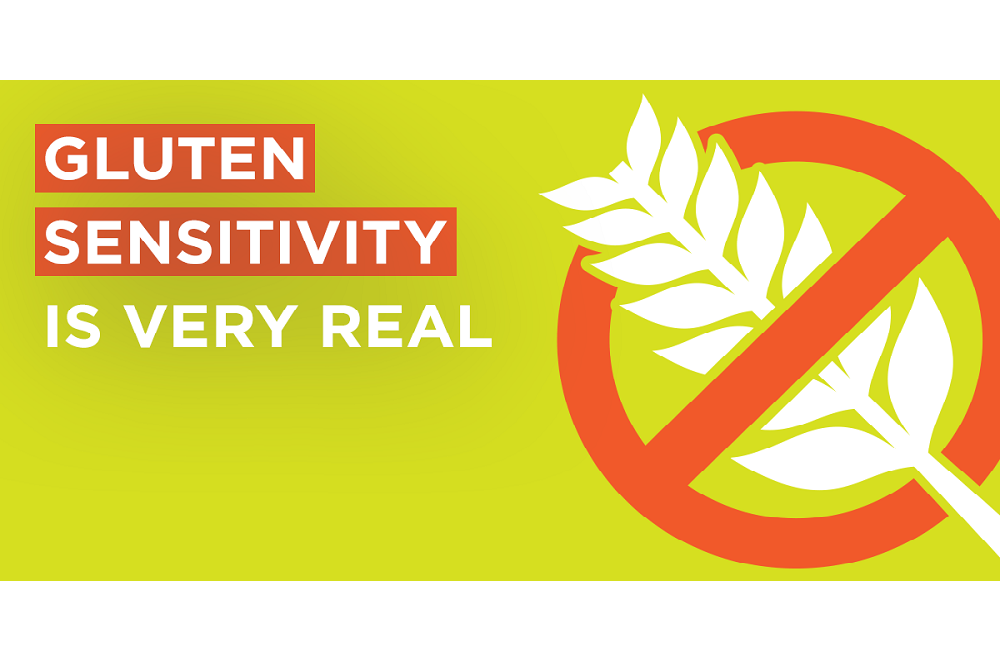 Although gluten-free eating has increased in recent years by people who do not have celiac disease there are still many gluten-eaters suffering from symptoms that could be resolved by eliminating this protein from their diet. These people may have gluten intolerance; they are not allergic to the point that consuming gluten will cause them severe harm, but they suffer from a variety of uncomfortable symptoms.

Unfortunately, it can be very difficult to identify whether or not you have gluten sensitivity because:

Not everyone experiences the same symptoms in the same parts of the body. The symptoms of gluten sensitivity can show up basically anywhere in the body, depending on your susceptibility.

Symptoms might not appear immediately after eating gluten. It could take days or even a week for the symptoms to occur, by which point you?ve likely eaten several (if not many) servings of gluten?as well as other kinds of food?making it difficult to tell if gluten was the cause.

Gluten has an addictive nature. This means that once you eat it, you are likely to crave more, and are therefore not so apt to give it up easily.

A standard test does not exist. Researchers only recently (in 2011) named gluten sensitivity as a condition, and they have not yet determined a standard test for diagnosing it; it is not diagnosed with the same tests that are used to diagnose celiac disease.

Choosing to avoid gluten requires diligence, it’s used in so many common foods and meals, and exposure is highly likely unless you are on the look-out for it. However, if your goal is health improvement, the path of gluten-free eating might be the best place to start. Although gluten sensitivity is a difficult condition to identify, it?s not impossible.

Here are the most effective approaches.

1. Analyze Symptoms. Having three or more of the following symptoms and health issues indicates that you may have gluten sensitivity. But even if you have just one of these health issues, it?s worth considering gluten as an underlying cause. Of course, not everyone with these symptoms is sensitive to gluten?but if your symptoms continue despite what you?ve already tried, eating gluten-free is one possible solution.

2. Try an Elimination Diet. Avoid gluten for at least three weeks to see how you feel??at least? because, for some people, it can take as long as six months to feel a difference. During this time of elimination, take note (literally?keep a journal of symptoms and a food log) of how you feel.

Keep in mind that gluten may cause leaky gut syndrome, a condition that may lead to additional, serious long-term diseases and other food sensitivities; if you are reacting to gluten, you are probably reacting to other foods too, which means you may only feel significantly better if you eliminate all the foods that are triggering a response.

The Hamptons Cleanse is one way to implement an elimination diet; in addition to avoiding gluten, the 21-day cleanse also suggests you cut out dairy, soy, and eggs. You can learn more about this cleanse at thehamptonscleanse.com.

After avoiding gluten during your elimination diet (whether that?s three weeks or longer), have a serving of food containing gluten (or up to three servings in one day) and notice how you feel over the following two to five days. Do symptoms that had disappeared reappear? Do other symptoms occur? If you have symptoms upon reintroducing gluten, that is considered to be a positive gluten sensitivity.

Remember, if you are doing simultaneous eliminations, such as with the Hamptons Cleanse, make sure to only reintroduce one ingredient per week; this will help you pinpoint which ingredient is the cause of your symptoms.

3. Get an IgG and IgA Food Sensitivity Panel. Gluten sensitivity can show as IgG and/or IgA antibody responses to gluten and gluten-containing grains. You can get your antibodies checked in a blood test?done either by blood draw or with a finger poke. There are even ways that you can order this type of test online.

I suggest checking for food sensitivities to other foods as well; with gluten sensitivity, and the symptoms mentioned previously, it is quite likely that you may also be reacting to foods like dairy, eggs, beans, and other grains.

Discovering that you have a gluten sensitivity could change your life?for the better! It could mean losing the weight you?ve been trying to lose, increasing your energy, getting rid of pain and other unresolved symptoms, and moving forward with your goals: for example, a pregnancy, a project that requires focus, or simply enjoying life without infections and the need for medications.

But whether you need or want to avoid wheat and other foods that contain gluten, you might find it tricky to determine all the places that it lurks. You are probably aware that gluten can be found in several grains, including wheat, spelt, rye, barley, farro, and semolina. However, it gets more complicated when looking at prepared foods, sauces, medications, vitamins, and even personal care products like soap, shampoo, lotion, toothpaste, lipstick, and makeup.

Flash back to 1992, when I was studying for my degree in nutrition: I took courses on the ?science of food,? which included an explanation of how gluten helps things stick together to create a chewy, fluffy, and/or thicker texture, especially when heated (in some cases with eggs, sugar, and yeast). This is why gluten is used in many soups (even miso soup), gravy, dressings, sauces, pastries, cookies, cakes, souffl?s, pasta, cereals, and breads.

But gluten also hides in products you wouldn?t think of based on their chewiness. Soy sauce, for example, contains gluten?so choose the gluten-free alternative called tamari sauce (be sure it says gluten-free on the label). Sometimes other condiments, like mustard, ketchup, and BBQ sauce, may also contain gluten. Then there are flavored chips and crackers. Even corn chips, if they are spicy or flavored in any way, may include flour and/or wheat on the ingredient list. The same goes for anything seasoned, such as spice mixes (taco mix, for example) or anything containing modified food starch (even chewing gum). Processed meats (hot dogs, sausages, and jerky) often contain gluten too. Then there is candy licorice, which is made with wheat, and vegetarian products such as seitan?which is pure gluten. Many of these foods present problems aside from their gluten content, but if you?re looking to go gluten-free, it?s particularly important to read product labels?even when you wouldn?t think wheat or gluten would be in it. That includes choosing gluten-free beer and ice cream.

Watch out for other ingredients besides gluten or wheat, as well: Barley, malt, and malted barley all contain gluten and can be found in everything from ice cream, candies, and chocolate to beverages such as root beer and coffee substitutes. It?s also critical to avoid monosodium glutamate (MSG), starch, natural flavoring, and hydrolyzed vegetable protein, all of which could contain wheat?and present other health problems.

Even if you are trying to lose weight by ditching gluten, keep in mind that a significant number of people who switch to gluten-free products actually gain weight. This may be because it can be tempting to overconsume gluten-free products that are high in carbohydrates?such as cookies, crackers, cereals, and pasta?which leads to weight gain. Just because a product is gluten-free does not instantly make it healthy; a cookie is still a cookie. The other issue is that some people react to not only gluten, but also gluten-free grains such as corn, rice, and/or oats.

The bottom line: While there are many tasty gluten-free products on the market, it is best to stick to foods that are naturally gluten-free, such as vegetables, fruits, fish, poultry, nuts, and seeds. Many people find it helps to have a protein shake while changing their diet because if there are moments you are not sure what to eat, you can always make a quick shake. Plus, you can customize it just how you like it with all the naturally gluten-free ingredients you desire.

You should also be aware of gluten contamination. Even crumbs in a toaster or on a cutting board could create a reaction, so clean surfaces and utensils thoroughly in your own kitchen and choose products that state they are produced in a certified gluten-free facility. Even if a product is gluten-free, if it is produced in a facility that also processes gluten-containing products, there is a chance of cross-contamination?and that could spell trouble for you if you are gluten intolerant.

Finally, don?t forget to check out non-food products, such as the personal care items you apply to your skin and hair. Many beauty products contain wheat, barley, and/or wheat germ. If you see any of these ingredients on the label, it might be worth skipping?your body can react to wheat and gluten even on your skin and scalp. Plus, there are many gluten-free beauty products on the market so finding a suitable (or better!) alternative shouldn?t be difficult. Medications and vitamins can contain gluten too, so it is important to check these labels and consult with your doctor if you are unsure.

One of the most inconspicuous locations for gluten is the glue on envelopes and stamps; for kids, hidden gluten exists in play dough and glue. By the time you learn all the sources of gluten and wheat, and check the products in your cupboards and fridge, you may discover the reason that you?ve been feeling sick: Gluten is everywhere! As you start replacing products with wheat- and gluten-free alternatives, you?ll effectively decrease your exposure while decreasing inflammation throughout your body?and you can get on with being a happier, healthier you.