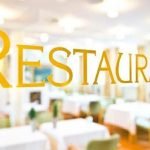 Currently, dining out is more than just serving great food. Food delivery apps are flooding the market and it's more important than ever for investors in the food industry to create an outstanding dining experience that allows their customers to feel special. Excellent customer experience begins the moment a customer walks into your restaurant. They need to locate it easily and … END_OF_DOCUMENT_TOKEN_TO_BE_REPLACED 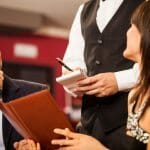 Ten years ago, gluten-free menus were few and far between. In fact, the term ?gluten-free? tended to throw restaurant staffers for a loop since most people in the US had no idea what gluten was back then. Most of us became painfully familiar with the ?deer in the headlights? look from servers when trying to dine out safely. Thankfully, those days are gone (for the most part), … END_OF_DOCUMENT_TOKEN_TO_BE_REPLACED