Many people follow a?gluten-free diet?because they believe eating wheat (and the gluten it contains) is unhealthy, but feel fine if they “slip up.” Many others avoid gluten because they genuinely feel better when following a gluten-free diet ? even though they do not have?celiac disease, an autoimmune condition for which a strict gluten-free diet is the only treatment.

If you fell better on a gluten-free diet, you may be surprised to learn that the reasons why you feel better when avoiding foods with gluten may have nothing to do with the gluten itself. Here are a few other explanations:

1. You may have irritable bowel syndrome.

Wheat bran is a coarse, protective layer of fiber that coats the wheat grain. It’s a terrific source of stool-bulking, laxation-promoting insoluble fiber. But for many people with?irritable bowel syndrome, foods that contain it can trigger diarrhea, cramping or an urgent need to use the bathroom. In this way, wheat bran has the same effect on IBS-prone intestines as other sources of insoluble fiber, like too-large portions of salad, popcorn, thick-skinned slabs of eggplant, nuts and seeds.

Since this reaction has nothing to do with gluten ? a storage protein found in mature wheat, barley and rye grains ? people with IBS who react badly to whole-wheat foods like certain breads, woven wheat crackers, shredded wheat cereals, bran flakes or bran-based crispbreads often find that white flour-based foods will sit just fine. In other words, no need to go fully gluten-free if your gut’s beef is just with the bran.

While the popular discourse treats “gluten” as synonymous with “wheat,” in reality, wheat grains contain multiple nutrients. Among them: proteins (including, but not limited to, gluten), a variety of carbohydrates (starches and sugars), some fat and an outer layer of fiber. Recent research suggests that the vast majority of people who experience digestive distress associated with wheat are actually reacting to one of the carbohydrates in wheat ? not the gluten. The carbohydrate in question is called a fructan and, like other types of fiber, we humans lack enzymes to break it down. Fructans are not unique to wheat, and are found in other foods like onions, garlic, leeks, jicama, artichokes and sunchokes.

From an objective standpoint, fructans are good for us. They feed and nourish certain populations of gut bacteria that are associated with all manner of health benefits. But as is the case with many other types of fiber that feed bacteria, the result can often be gas and?bloating that is particularly painful for people with IBS. Those affected by this unfortunate side effect of fructans need not follow a gluten-free diet, however. Some gluten-containing foods are low in fructans, including wheat-based sourdough bread and, typically,?spelt bread. (Many national bakery and cafe chains offer sourdough as a sandwich option.) Regular oats or soy sauce won’t contain fructans, either, so no need to opt for expensive gluten-free versions.

By sheer necessity, people on gluten-free diets will be forced to order more salads at restaurants since sandwiches or pasta are not an option. They may also snack on high-fiber nuts, popcorn and fruit more often than pretzels, bars or cookies. Dessert becomes a rarity. In other words, the constraints imposed by a gluten-free diet typically reduce the amount of blood sugar-spiking white carbs and sugar in one’s diet, which forces an improvement in diet quality. While there are certainly a growing number of?gluten-free junk foods?and highly processed gluten-free snacks, they remain far less accessible (and tempting) than their conventional alternatives.

For many, the result of such a diet change is greater energy, less hunger and often even some?weight loss. But to be clear: This occurs as the result of what replaced the low-quality, wheat-based food in your diet ? not the removal of gluten, per se. I’ve seen this phenomenon among many of my patients who’ve adopted?Paleo-style diets, for whom the discipline of avoiding all grains (including, but not limited to, gluten-containing ones) typically results in more homemade meals made from whole foods and a corresponding improvement in overall diet quality.

What makes wheat allergy and different than celiac disease is that people with these conditions don’t have to follow a strict gluten free diet ? they just have to follow a?strict wheat-free diet. 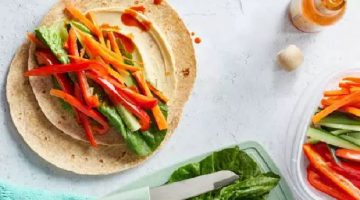