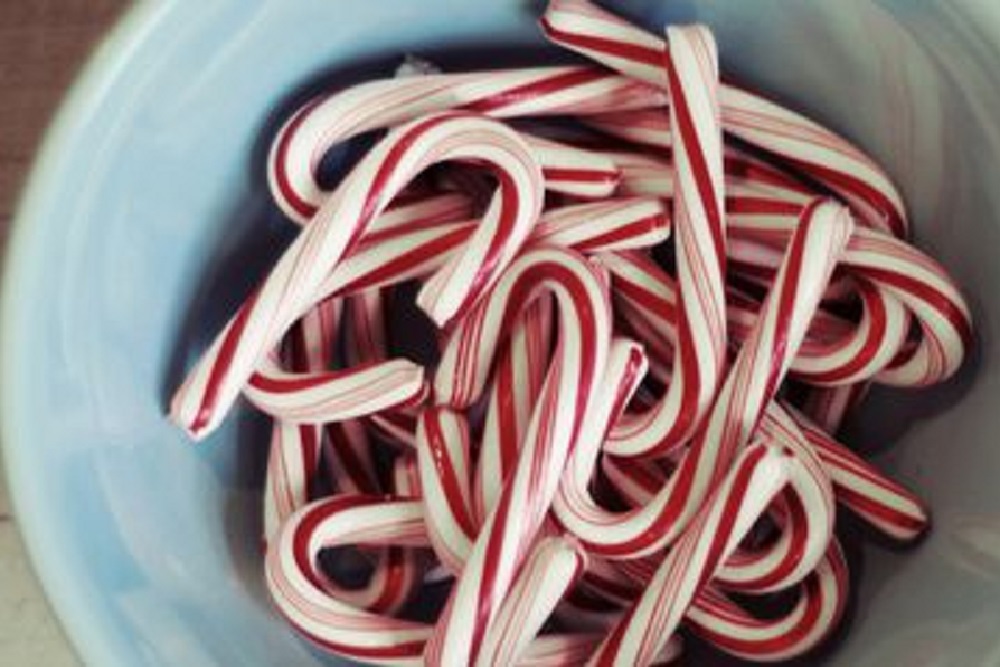 Strolling down the candy aisle around Christmas time can be overwhelming even if you don’t have to avoid gluten, but when you do, it can be a serious (and daunting) challenge.

What to Look for on the Label

If you’re gluten-free, you already know wheat is on the “must avoid” list. Almost all traditional products containing flour as an ingredient contain wheat. While wheat is more common in baked goods, some candies (like licorice) contain wheat. It is used as a binder or thickener in certain candies.
Malt is a common gluten-containing ingredient in candy. Malt is the most common barley ingredient, used as a flavoring and flavor enhancer in a wide range of foods and beverages. In candies, you are likely to see maltose (malt sugar). All forms of barley, including all malt ingredients, contain gluten.
Not as common in candy, but still worth noting are rye and traditionally produced oats. Oats are technically gluten-free, but are often contaminated with gluten from the field where they are grown or from the production process. Oats grown in accordance with a purity protocol that are certified gluten-free are the best option, and still, not all celiac patients can tolerate oats, so keep that in mind.

Other Words for Wheat

Even when a candy appears straightforward, for example, a chocolate truffle, that doesn’t mean it is. As mentioned before, maltose (malt sugar) is used in some chocolate confections. Candies with crisp rice cereal bits (like a Crunch bar) also contain gluten due to the barley malt in the cereal.
Another issue to be aware of with holiday candy is that while some candies like Reese’s Peanut Butter Cups® are gluten-free, the seasonal shapes (i.e., Christmas Tree Shaped Reese’s) are not. Those products are made from a different recipe than regular Reese’s Cups and contain wheat. This is true of many seasonal and “mini” shaped candies, so ALWAYS read those labels before buying and consuming!

You’re likely familiar with the allergen statements located below or near the ingredients list on food labels. The top eight allergens (wheat, milk, peanuts, tree nuts, eggs, soy, fish, shellfish) must be listed there if contained in the ingredients according to the FDA. Additionally, there are sometimes caution statements about possible cross-contamination with one of those top eight allergens. While gluten is not one of the top eight, wheat is, and these days manufacturers often include gluten in their allergen statement or caution notices on product labels.
A single facility processes multiple products. Depending on those products, that could mean airborne gluten-containing wheat.
Shared equipment is used to process various food items in a manufacturing facility.

Look out for “Re-bagged” Candies

Some candies are re-bagged, meaning purchased in bulk from the producer, then repackaged into smaller packaging. One example of this is Smarties candies from Spangler. Direct from the company, Smarties are gluten-free, however, as the manufacturer points out, the candies are sold in bulk and often re-bagged by sellers, at which time, the candy could come into contact with gluten or other allergens.

Lots of mainstream holiday candies are gluten-free, here are a few:

We are not advocating that we overdo it with sweet treats during the holidays or any time, but I do believe the occasional indulgence, especially during the holidays, is perfectly fine. If you feel the same way, I hope this information helps you make the best choices for your gluten-free diet.